The History of the Original Tarantini Panzarotti™

From a working immigrant mother in the 1960s to a wide-spread following and large distribution line, Tarantini is the family that started it all. 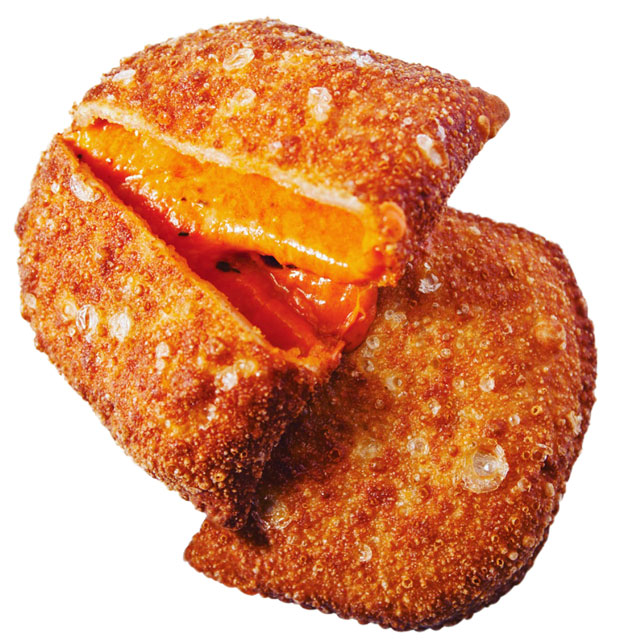 The Original Tarantini Panzarotti™ first came to America with Pauline Tarantini, an Italian immigrant and mother of 10. She learned how to make these unique, delicious treats from her mother when she was just seven years old back in Brindisi, Italy.

After immigrating to the United States, Mrs. Tarantini’s family incurred a financial crisis in 1960. Ever resourceful, Mrs. Tarantini began frying her panzarottis by hand from her Camden, New Jersey home, after which her husband, Leopold, peddled them at gas stations and other local establishments for 25 cents apiece. Occasionally the Tarantini’s gave out free panzarottis to neighborhood kids, and by evening, the kids would be back for more along with their intrigued parents.

By 1963, her panzarotti was becoming so popular by just word-of-mouth that the Tarantini’s purchased a store a few doors from their home. Soon afterwards, they designed their own customized equipment to mass-produce the panzarotti, but precise enough to maintain the original home-made quality.

Now, almost 50 years after Mrs. Tarantini took out her frying pan and captured a hungry audience, the Tarantini family carries on the tradition – ensuring this delicious creation is still served as an authentic, unique taste of Italy.